Isabel Allende has been called “a literary legend,” a “cultural bridge builder,” and one of the most influential Latin American women leaders, but she is also like a good friend with whom you take off your shoes, curl up on the sofa, and figure out life together. 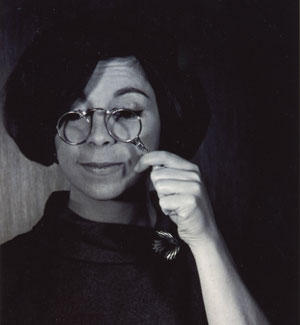 Discovering Stories That Need to Be Told

Writer Joanne Leedom-Ackerman introduced Isabel before her appearance at the PEN/Faulkner Foundation Reading Series, held at the Washington National Cathedral on April 30, 2010.

Isabel Allende has been called “a literary legend,” a “cultural bridge builder,” and one of the most influential Latin American women leaders, but she is also like a good friend with whom you take off your shoes, curl up on the sofa, and figure out life together.

I first met Isabel Allende over twenty years ago in Los Angeles when she was giving a reading. I was involved with PEN, who may have been co-sponsoring the program—I no longer remember—but I remember attending a powerful evening with my colleagues. For the past months I’ve been absorbed in continuing my reading of Isabel Allende, and I can confirm that I am one of her good friends—though she may not know this. But as a reader, I have the feeling I am not alone in this club, or tribe, because if you immerse yourself in her fiction and memoirs, you not only feel you know her from her easy and confidential prose, but you think she surely knows you because of her insights into life. And even if she doesn’t, you feel she might want to know you and then let you move into the tribe of people she collects around her.

This intimacy she achieves is in part responsible, I’m sure, for her wide readership. Reading her books is like sitting and having coffee with friends at a kitchen table when one of them asks, “You want to hear a story? Let me tell you what happened…” And off you go into her world.

In her memoir Sum of Our Days, Isabel tells the reader this is in part what her life is like with her friends, including the Sisters of Disorder, who follow each other’s trials and pray for each other and share their varied views of a larger spiritual life. In her writing she weaves the strands of spiritual quest, history, love, politics, and individual liberation into a body of work that informs and entertains and provokes thought.

The intimate relationship Allende conveys in her writing belies the strict discipline she embodies as a writer who writes six days a week, ten hours a day when she is at work on a book. She has published over eighteen books—novels, short story collections, memoirs, and young adult novels, as well as plays and a body of articles as a journalist. Three of her books have been made into movies. She has won numerous awards, including the Gabriela Mistral Order of Merit, the first woman to win; she’s been elected into the American Academy of Arts and Letters; she’s been awarded honorary doctorates and has also taught writing in universities, including the University of California at Berkeley. Her work has been translated into over twenty-eight languages and sold over fifty-six million copies.

Born in Peru of Chilean parents—her father was a diplomat—she grew up mostly in Chile, with a few years in Lebanon. After the military dictatorship of 1973, when her cousin Salvador Allende, then President of Chile, was ousted and assassinated, she moved to Venezuela with her husband and two small children, where she continued her career as a journalist and television personality. She once tried to get an interview with Pablo Neruda, the renowned Chilean poet, but he declined and told her she had too much imagination to stay in journalism.

While in exile in Venezuela, she received notice that her grandfather, with whom she’d spent her childhood, was dying. Since she wasn’t able to return to Chile, she started writing him a letter that became her first novel, The House of the Spirits. Ever since, Isabel begins her books on January 8, the day she started that letter.

“I am a writer because I was blessed with an ear for stories, an unhappy childhood, and a strange family,” she says.

The House of the Spirits, published in 1982, established Allende as an important writer, and with each book, her readership has grown all over the world. She writes in Spanish, then works closely with her English translator.

Her writing begins with the heart. “In reality, the most important things about one’s life happen in the secret chambers of the heart, ” she says, adding that, “All fiction is ultimately autobiographical. I write about love and violence, about death and redemption, about strong women and absent fathers, about survival.”

The themes of history, memory, love, and violence repeat in her novels, which are filled with her strong women seeking love and also their own identities in societies that don’t easily yield them space. That is certainly as true in her new novel, Island Beneath the Sea, as in her trilogy, The House of the Spirits, Daughter of Fortune, and Portrait in Sepia.

Allende identifies herself as a feminist, and her writing testifies to her passion for the freedom and spirit of women. She is also compassionate and equally interested in the heart and psyche of her male characters.

In her novels and memoirs she shows a strong belief in life and wisdom that transcend the material world we live in. She and her characters listen to and understand the larger spiritual world. Often they intuit the advice that might come from those who have passed on.

In the here and now Isabel Allende is fortunate to have a large gathering of family and friends around her who cherish her. She moved to the United States more than twenty years ago and, after her first marriage, she married a man who she says is the love of her life. She became a U.S. citizen in 2003. Most of her family and close friends live within a few miles of her in the San Francisco area.

Reading her memoirs, I’ve come to know at least a version of her life and family—much more than most families know about themselves.

“I’m always willing to open up my life and my heart,” Allende says, “because I believe that generally it is not the truth exposed that makes one vulnerable but the secrets one keeps…I am aware of how much we all have in common.”

I will take the risk of offering one word to sum up, at least what I felt, about Isabel Allende. The word is generous. She is generous as a storyteller and a memoirist and as a person. She opens doors and shares herself—her thoughts and feelings—yet with the discipline of an artist. Implied is the assumption that in doing so she is showing what will heal and illumine life for others and also for herself. This generosity explains, at least in part, her worldwide popularity.

She has also started a foundation with the proceeds of her memoir Paula, about her daughter who died young. The Isabel Allende Foundation helps women and girls in Chile and the San Francisco area to be empowered and protected through projects in education, health, and the literary arts. She quotes her daughter’s motto as one that guides her and the foundation. The motto: “When in doubt [ask]: What is the most generous thing to do?”